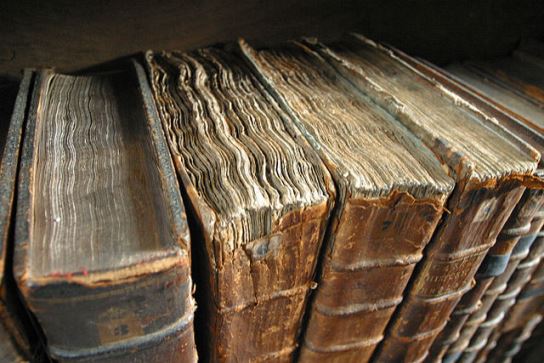 The primary philosophical problem that has sustained my attention over the years has been reason and public discourse. I am convinced that a renewed civil public discourse is not only possible, but is necessary. I wrote about the crisis of contemporary discourse in my dissertation, and to set up the project of Retrieval Philosophy, I would like to quote at length from the introduction (publication forthcoming):

Currently, the West is experiencing the results of unreason and the lack of a shared public discourse. Western Civilization seems to be in a crisis of legitimacy in the face of a plurality of competing belief systems within a new level of global interaction. There is a push by some for global unity, but on what basis? The process of secularization has resulted in the celebration of pluralism, diversity, and multiculturalism on one hand, and the privatization and minimization of national, cultural, and religious particularity on the other. Politically correct (PC) language has been used as a means to navigate our diversities, and has become the fallback language of the public sphere. But politically correct language does not provide any content. Rather, PC is a negative guide in what ought not be said because what is said may be deemed insensitive. PC is the language of tolerance in the face of difference. Social justice has become the fallback ethics of a public that lacks a shared set of values. And since there is no shared source of authority — cultural, religious, traditional, or otherwise — there is no common ground for public discourse. What we currently see in the public sphere are expressions of emotional outrage or the imposition of a will to power, often by protests that verge on civil unrest by the populace or by legal fiat by the elite. Words are emptied of meaning, and we experience the phenomenon of “fake news” and “alternative facts.”1 Instead of engaging in the rational exchange of arguments to explain what one means, ad hominem attacks are often used to defend oneself or to oppose those with whom one disagrees.

Thomas Szasz has named the phenomenon of emptying words of meaning “semanticide.” He says: “To concepts like suicide, homicide, and genocide, we should add ‘semanticide’ — the murder of language. The deliberate (or quasi-­deliberate) misuse of language through hidden metaphor and professional mystification breaks the basic contract between people, namely the tacit agreement on the proper use of words.”2 The murder of language has a history, and is rooted in an earlier murder of reason (logicide). This dissertation will chart the root of semanticide in the West. Yet, semanticide is not a new phenomenon, nor is it only a Western phenomenon. Chinese Confucian philosophy recognizes the danger of semanticide and proffers its cure in “the rectification of names.” Confucian philosopher Hsun Tsu (310 – 238 BCE) says the following with regard to the rectification of names:

Now the sage-­kings are dead and the guarding of names has become lax, strange terms have arisen, and names and actualities have been confused. As the standard of right and wrong is not clear, even the guardians of law and the teachers of natural principles are in a state of confusion.”3

Semanticide is the murder of language through the misuse of names, either intentionally, or through becoming “lax” in guarding the meaning of names. It involves the confusion of words, and what those words represent. Semanticide fails to identify and distinguish the “fixed actualities” that names represent. It leads to disunity, confusion, and doubt (skepticism); lawsuits (will to power); wickedness, fraud, and dishonesty (distrust); unemployment, disobedience to law, and bad government. Semanticide has a cure. The cure is the rectification of names: identifying actualities and calling them by the correct name. Yet the cure must go deep. It must go to the heart of the most fundamental discipline in the academy. The cure must begin with the discipline of philosophy. The sages charged with “the guarding of names” in the West — the philosophers — are often the very people who have promoted and propagated semanticide in our day. Some in the academy are currently proclaiming the death of philosophy. Philosophy, which once stood as the foundation of Western Civilization, is dead. What then becomes of Western Civilization? What becomes of our common culture, traditions, and language? What becomes of the West in the face of globalization, multiculturalism, and secularization? What will be the source of unity for humankind in this context? What will determine whether we have named things aright? Will a political person or body determine the proper names of things?

… We will ask the question “what is reason?” And we will engage the question “how may reason be a shared source of authority for all human beings?” Minimally, reason is the laws of thought.4 Furthermore, we will ask “how can we use reason as common ground in a global, multicultural, secular context?” The means of exploring reason and public discourse is through the discipline of philosophy, and more specifically by examining a previous period of philosophical crisis similar to our own. The problem and diagnosis of semanticide goes to the question of reason in itself, reason’s application to being, and its expression in the proper use of words to express being. Reason and being have been the two fundamental concepts in the history of philosophy, and the denial of reason and being are at the root of semanticide today.